I’ll get in the tree guy’s way

me:  How many tree guys?

Bobby the tree guy had returned.  It was Friday, not Monday, but nonetheless true to his word he was back. Lucky for my son, he also provided the perfect reason to get out of mowing the lawn.

The surface of my driveway was barely visible under the tangled mass of branches and leaves.

As I approached, the ground crew of two shouted out in unison, “Customer! …… Customer!”.

“Is that a warning so everyone knows not to talk bad about the customer?” I asked.

I had to smile at that.

My eyes followed as they tilted their heads back.

Higher, higher, and higher…. He was more than 30 feet in the sky, framed by the two limbs he straddled, his dark grey t-shirt blended into the backdrop of darkening clouds.

I watched through a window of two fingers as he planted one foot into the branch and stretched his body along the length of it.  Bobby swung the rope around the branch again and again in order to secure his next anchor for climbing.  I didn’t need to be in his shoes to realize that this job was much harder than he thought it would be.

As one of the dirt covered young men on the ground bowed against the base of the tree, his face buried against his arm, I knew I had received my silent cue to exit stage right. 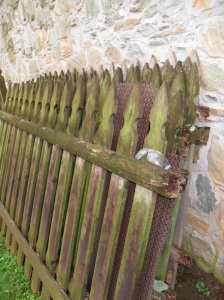 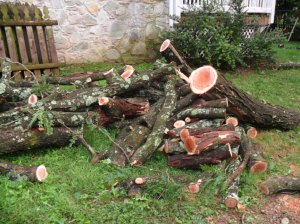 Part one:  I didn’t realize you thought I meant ‘this’ week…   Read post

One thought on “the text: idk if i’ll be able to mow the lawn today…”