We all have days in our life that are significant turning points. Often-times we tend to think only about major life events such as getting married, the birth of a child or the loss of a loved one as the milestones along the way that shape us the most.

These events certainly are important and life changing, but I sometimes think some of the less apparent interactions and activities may play as big of a role as the obvious ones. I can think of more than a few such days in my life and how something as small and innocuous as signing up for a drawing class as an adult has changed my life in ways I never would have imagined.

On March 1, 2012 I hesitantly opened the door to a whole new world, I thought it was just the door to an art studio. Three and a half years ago I was afraid to pick up a pencil and draw a circle on a piece of paper. Today I can say with pride and joy that I’ve sold a few pieces of work and thoroughly enjoy exercising my creativity nearly every day. 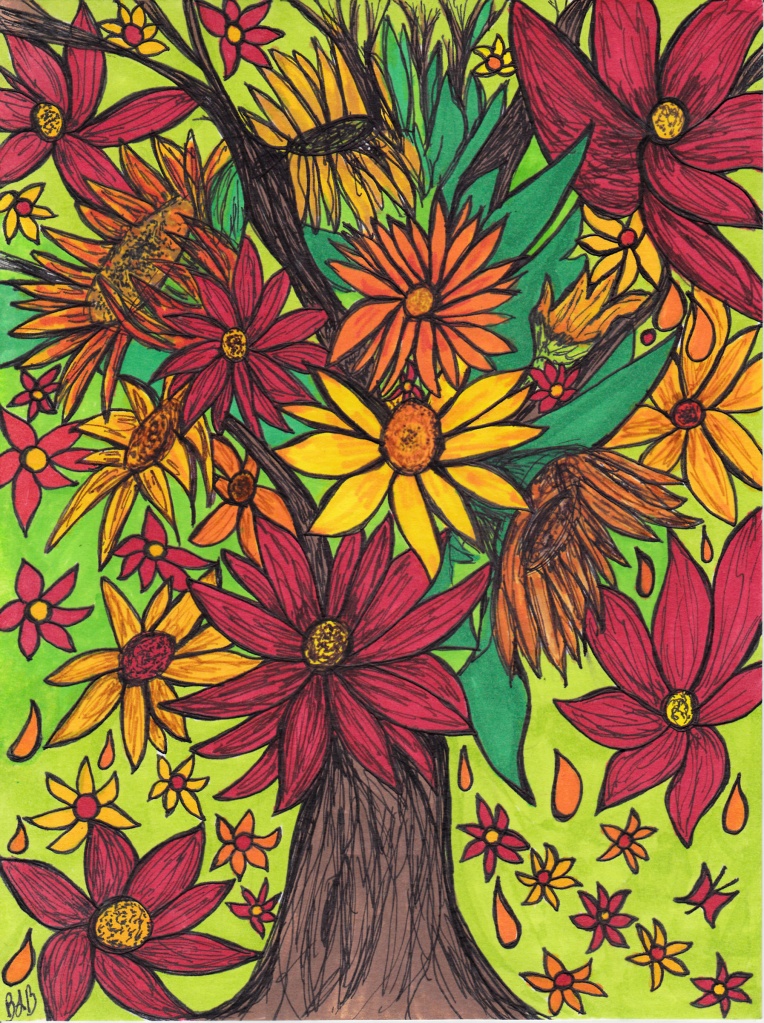 More importantly, I can say that crossing the threshold into the art studio on that cold day in March set into motion a series of experiences that have helped me become a better person. I thought I was just going to learn how to draw, but it turned out to be much much more.

It’s ok to be perfectly imperfect

In fact it’s totally awesome to be perfectly imperfect. Whether it’s human nature or societal expectations, we almost all have a tendency to compare ourselves to others and deem ourselves a “failure” if we feel that we don’t measure up. I’ve learned that it’s both an exhausting and limiting way to live.

My teacher of this lesson has been art, specifically drawing in ink. When you draw in ink, if the pen slips and goes in an unintended direction there are two choices. You can crumple up the drawing and give up, or you can find a way to make it work. More often than not, there’s a way turn the mishap into a part of the drawing; I’ve come to think of this as“knowing how to resolve the lines.” And it’s an approach that can be applied in all areas of my life.

I still find it strange, but I no longer dread making mistakes because I know they often-times turn out even better than the original idea after I take a step back and think about how to make the “oops” work in my favor. Believe it or not, this fun little ink rendition of a cat perched in a tree looking at a full moon is full of “happy accidents.” 🙂 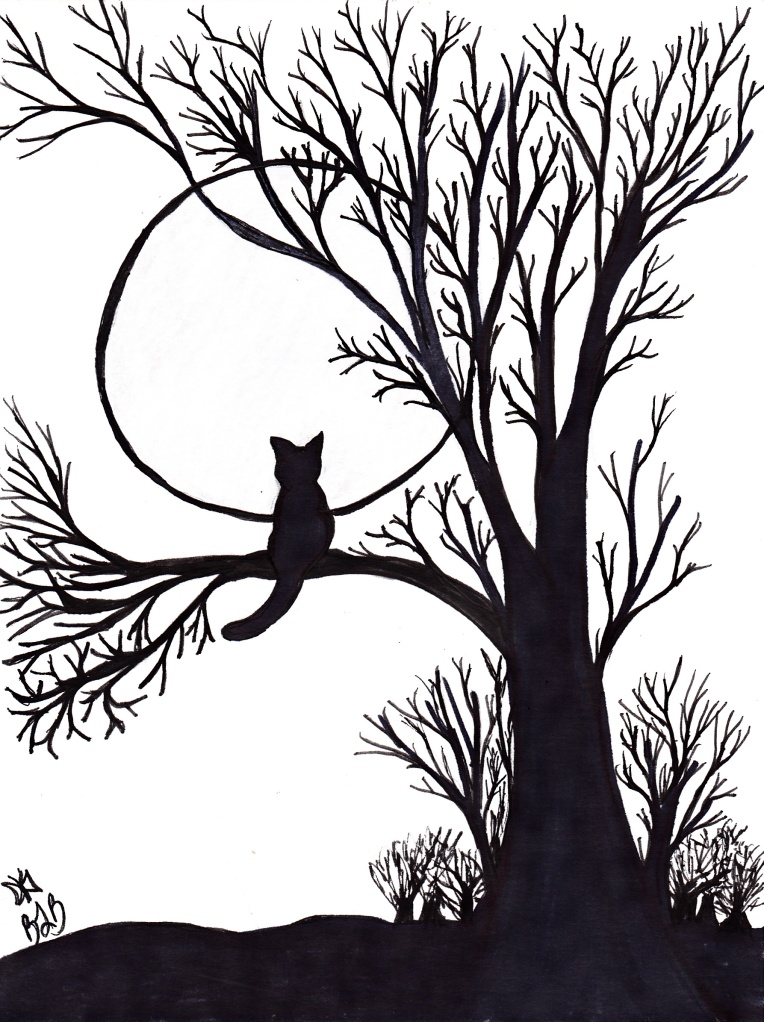 It doesn’t work every time, and that’s ok too, it’s all about recognizing the difference between an opportunity that might be different from what we planned and also knowing when to cut our losses short and move on. It’s also having faith that even though there are obstacles and set backs, we’re still moving in the right direction and we never know how things are going to turn out in the end.

It’s never too late to bloom

It is never to late to learn something new and potentially discover things about yourself that you didn’t know. I really do believe this.

Sure there are certain things that it may be too late to attempt, it’s unlikely that I’ll become an astronaut – but then again I’ve never had the desire to be one, so that’s perfectly ok.

Lately it’s occurred to me that we tend to think about successful people in a somewhat one dimensional way. We look at where they are today and mistakenly think that they’ve always enjoyed success and abundance. My bet is that in most cases, the people we maybe envy because they “have it so easy,” are people who kept moving forward, kept learning and adapting to overcome and succeed in spite of the set backs and heart breaks along the way. 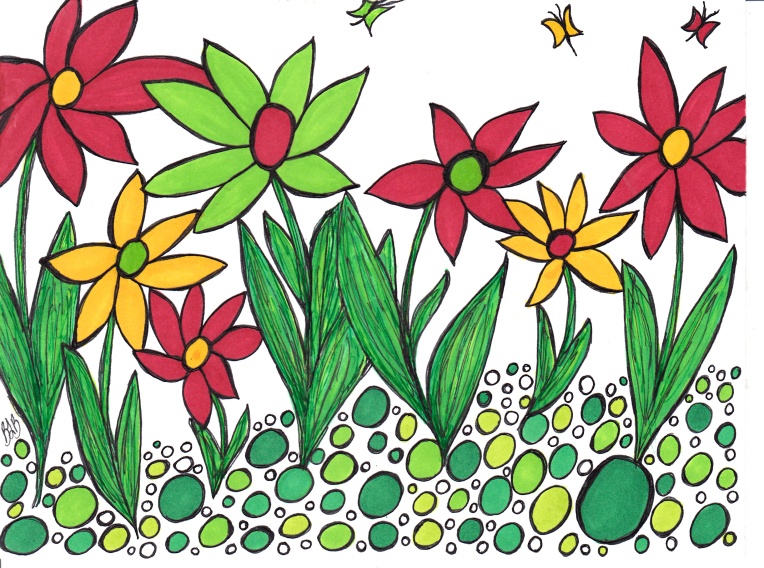 We are all teachers and students

During the course of my life, I’ve been blessed with good teachers and I don’t mean just in the classroom. If you think about it, nearly every moment of every day and certainly almost every interaction has the potential to be a teaching moment.

The lessons don’t all have to be big and earth shattering, the small lessons are just as important. The key is to be open to learning from others as well as sharing what you have experienced. You never know how you might inspire or touch someone in a positive way and all of us should be striving to constantly learn and grow.

Even Michelangelo has been quoted as saying, “I am still learning.”

Lastly, for today, March 1, 2012 opened the door to being aware of and understanding the importance of perseverance, faith and self-confidence.

It took me roughly three weeks to finish my first drawing for the class, it took everyone else roughly three hours. It was no small feat for me to keep going and not compare myself to others in the class, but at the end of the three weeks, I was amazed and pleased with the outcome. It was a lesson in perseverance in addition to drawing and shading.

For me, art is a bit like meditating and it forces me to be present in the moment rather than worrying about the future or “what ifing” about the past. The act of spending more time in the here and now and less time trying to control the outcome has deepened my faith and belief that what I need will be taken care of.

The more I let go of trying to control the outcomes, the more at peace I become.

Self-confidence – wow, it’s actually amazing when I think about how far I’ve come and how much I’ve grown since that fateful day in March. Now instead of feeling nervous and anxious about taking a beginning level drawing class, I seek out opportunities that are challenging and will stretch my skills, knowing that the classroom will be full of artists much more advanced than me.

The confidence that I’ve gained through improving my skills and learning new things has overflowed into the rest of my life as well and I’ve never felt better about the person I am, inside and out. 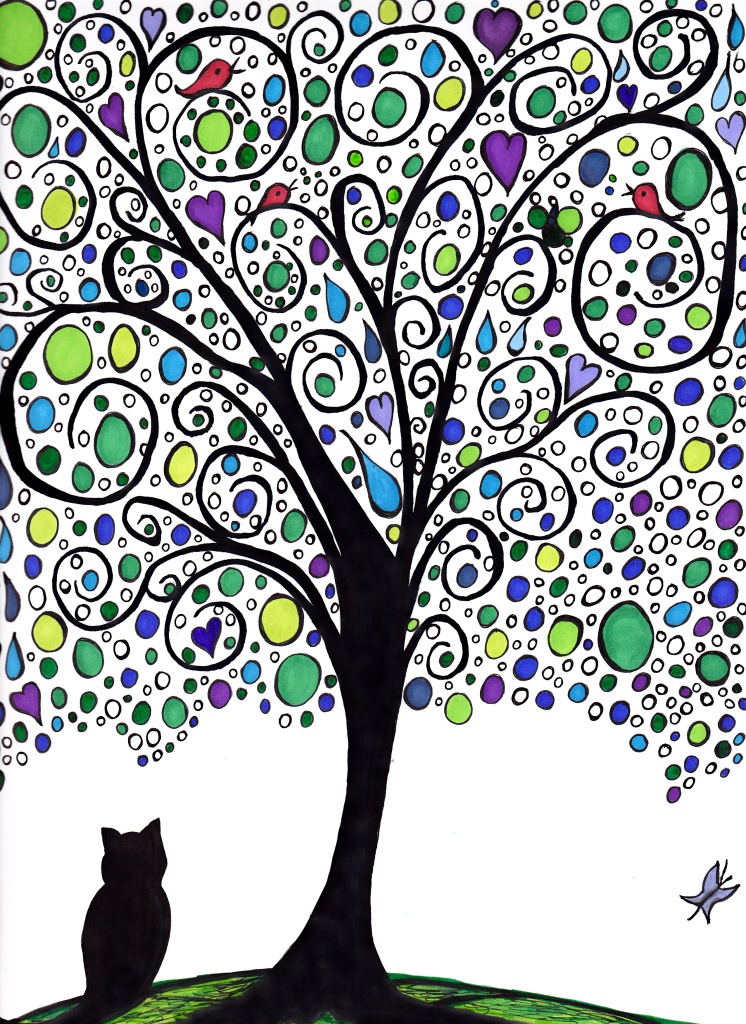 Yep, I thought it was just a drawing class, but it changed my life.