Seven months and 25 days ago I almost made one of the biggest mistakes of my life.

Thank goodness I didn’t succumb to my irrational fears about taking a drawing class at the age of 50.  I thought the class started in January, but my faithful journaling  helped jog my failing memory and put the dates in order.

On March 9th of last year I drove to the Janney House – home of the Artist’s of Yardley and almost passed out.  Ok, not really – but I did almost turn around and leave as I was walking toward the studio.  If it hadn’t been for another late arriver, I’d have chickened out for sure.

Today was the first day of a new session.  I didn’t know what to expect today.  Anne always surprises me  and I was delighted to recognize students from my previous classes.

Today’s lesson was what I least expected.  In the past two classes we’ve focused more on drawing what we see – not so much on interpretation. I guess in other words, it’s been more about technique.

With four returning students Anne decided to mix things up and have us do something completely different.

I have two words.

There’s a funny story behind what inspired her to have us draw a rose in an interpretive style – but it’s one of those stories that gets lost in translation, so you’ll just have to trust me.

She gave us each a silk rose and a copy of  Georgia O’keeffe’s abstract white rose.  It’s really beautiful. 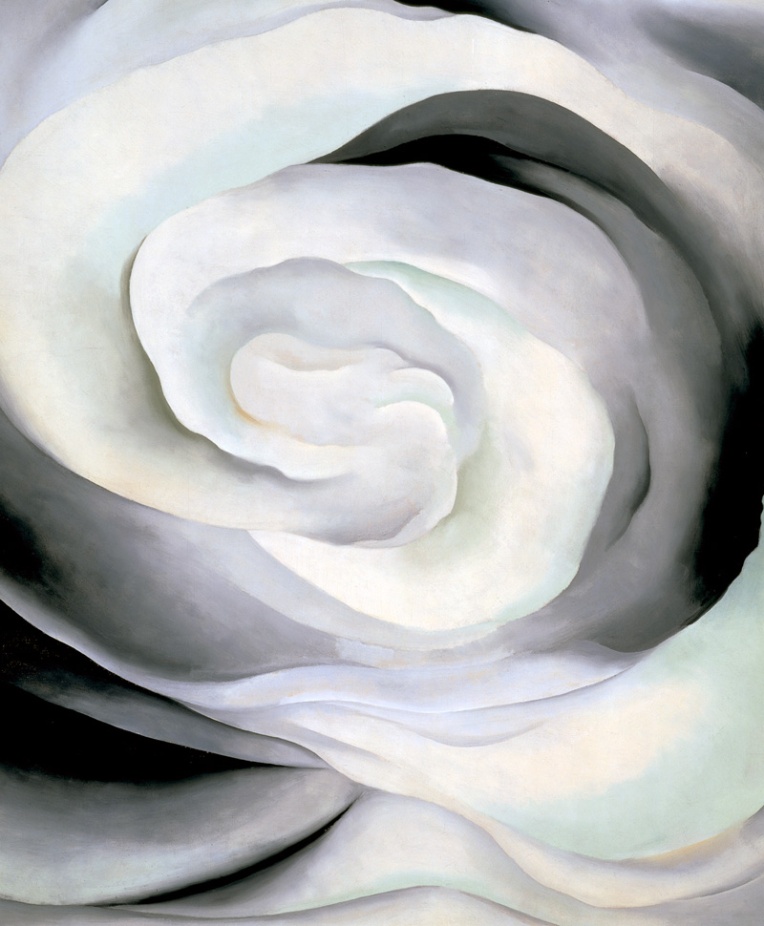 I learned something about myself today.  I like working on a smaller canvas.  My first drawing took up half of the space and just looked odd.  I couldn’t seem to interpret the rose because I was constrained by the space.

I made the connection between all of my recent drawings on small spaces and mentioned it to Anne.  She immediately responded and brought me a smaller size paper to work on.

This really worked for me and I have to admit that I saw some promise in the early stages. 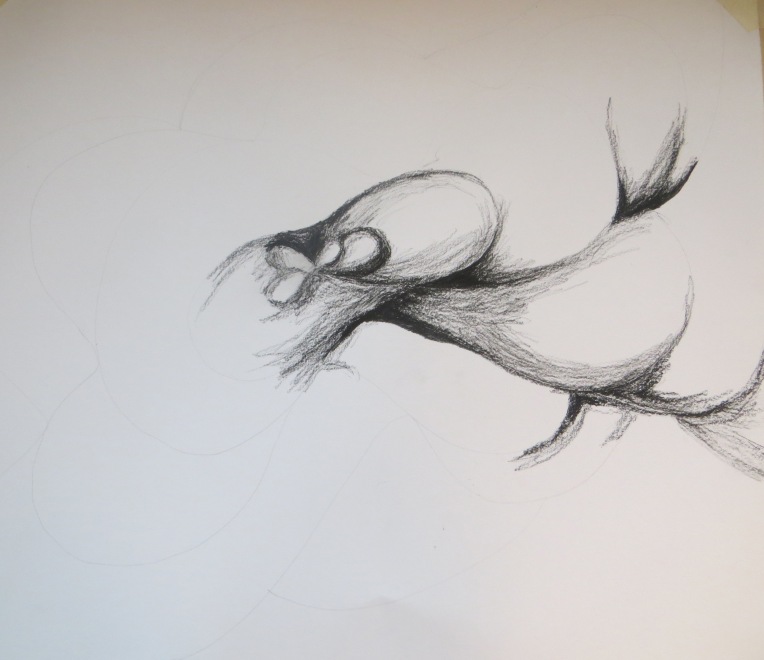 I at least liked a lot more than my first draft – which looked more like a carnation than a rose.  It’s all about shading and understanding what makes sense – easier said than done.

Tonight, I lost myself in music and didn’t ‘think’ about it. I just ‘felt’ it.

It’s far from finished, but I think it’s my interpretation of this particular rose.  As a friend mentioned to me recently – I’m finding my signature. 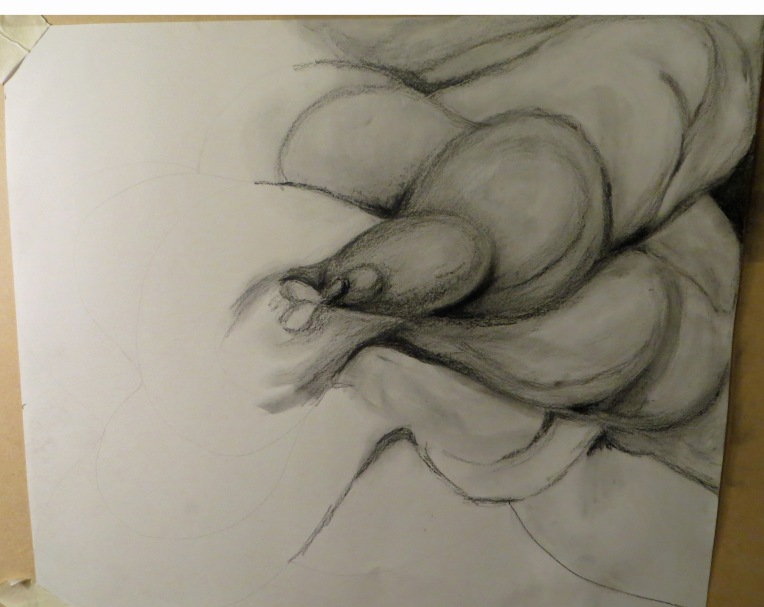