The month of May has been unseasonably chilly this year and it’s adversely affected my exercise mojo. The towpath, my bike, and my camera have been calling my name for a while now and yesterday I finally answered.

Although it’s been a while since I’ve taken any pictures along the towpath, I almost didn’t take my camera along. It was windy and a little more cloudy than sunny, not the best combination for taking photos. Less than two miles into my ride I stopped in my tracks at the sight of a young male deer facing me on the edge of the towpath.

He stood his ground instead of running int to the woods when he saw me. The crunching sound of wheels on the towpath alerted me to a passing cyclist so I zoomed and clicked as quickly as possible, hoping to capture at least one good shot before the deer scurried into the woods.

Surprisingly the deer didn’t budge even when the man who passed me dropped his bike with a thud and fished his smartphone out of his pocket. I tip-toed toward the deer and managed to get fairly close.

My unexpected photo opportunity turned out to be a treat. The young deer not only posed for us, he put on a show. He bowed and bobbed his head and even changed his position allowing us to take pictures from more than one angle. If deer could take “selfies” this guy would surely have a bunch.

He ended the show by taking a mini-bow just before slipping away into the woods.

This time of year the geese own the towpath. Geese are very protective parents and it can be pretty scary to ride through an area occupied by one of the many families. They hiss and screech as you walk or ride by them and I’ve heard rumors that wearing a bike helmet while riding along the canal protects your head from more than just a fall.

Goose attacks could be urban legend, but I’m not going to take any chances. It’s hard to believe that these creatures are so cute when they’re little and so mean when they grow up. 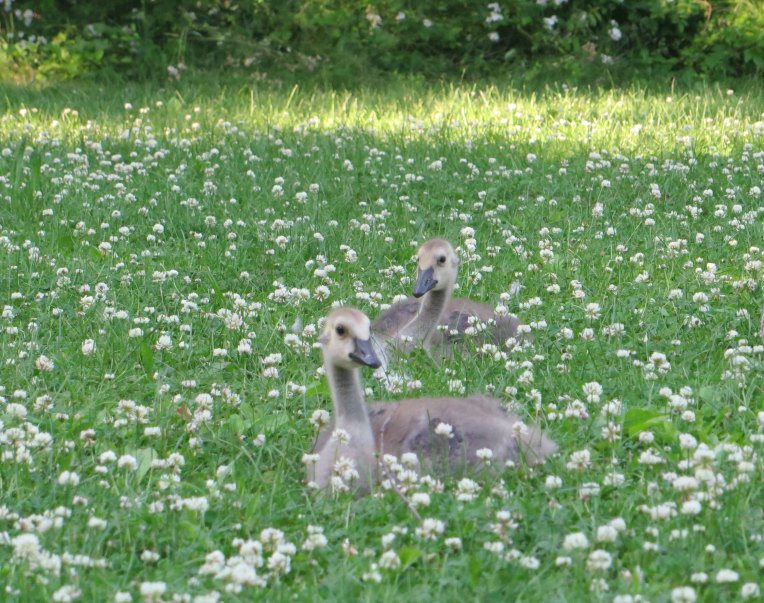 This dock caught my eye for some reason. It seems that winter took a bit of a toll on it as well. I can’t put my finger on it, but there’s something very touching to me about it. 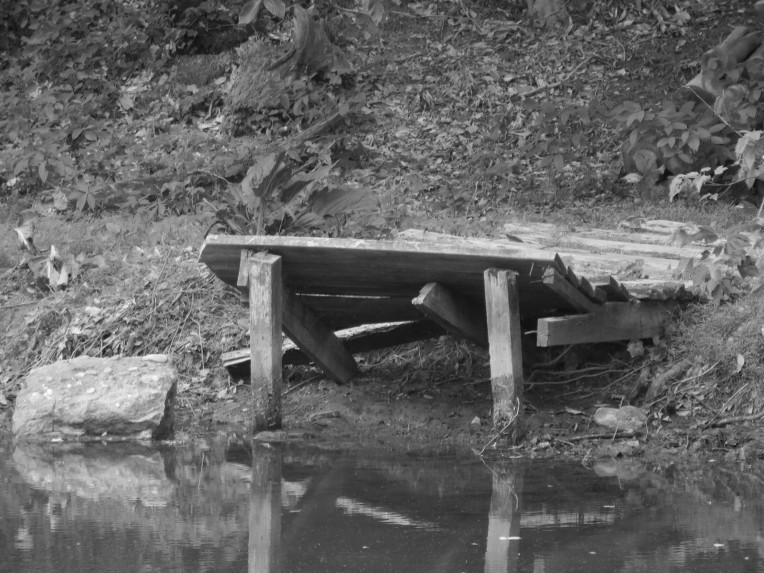 I spent a good amount of time trying to catch a bumble bee as it was buzzing from flower to flower with no luck. Imagine my delight when I was sorting through my pictures and discovered an unexpected surprise, I caught that busy bee going in for the landing without realizing it.

Many of the trees that were uprooted and bridged the canal after the long winter have been cleaned up and moved to the side of the path. 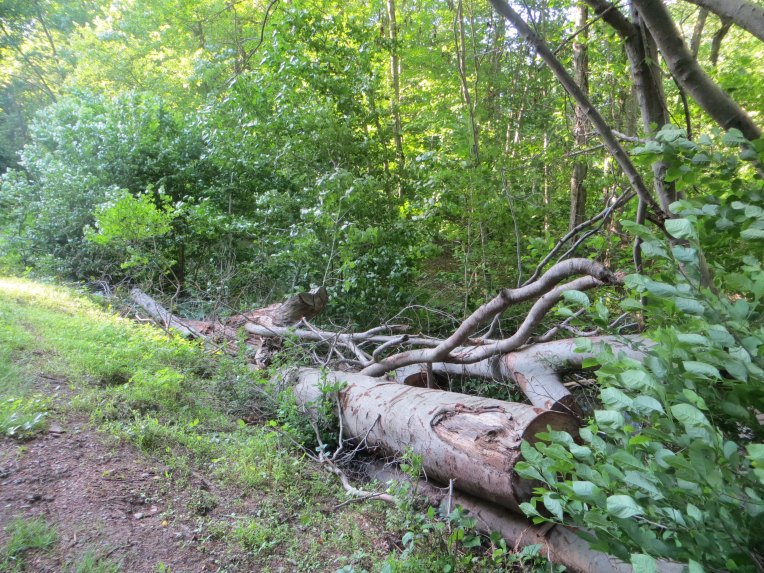 I think there should be geese crossing signs along the towpath. All I can say is I’m glad I don’t live this close to the canal. 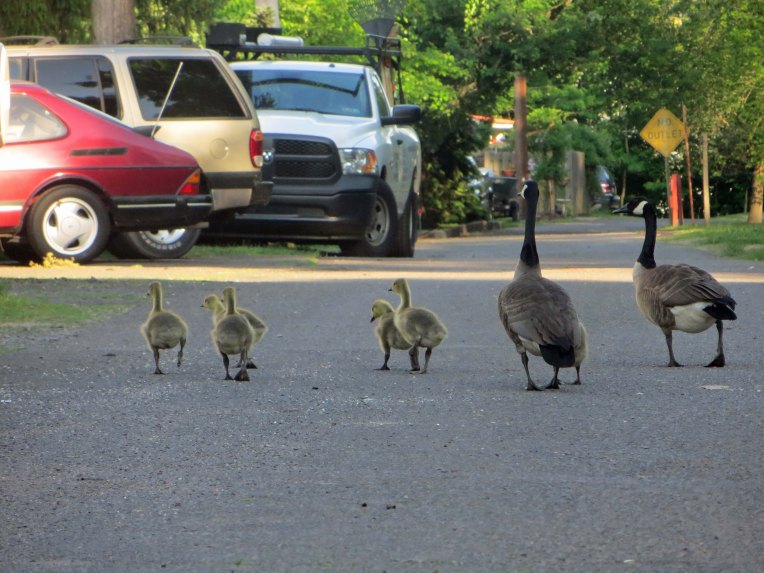 It was a wonderful day for families to walk hand-in-hand, 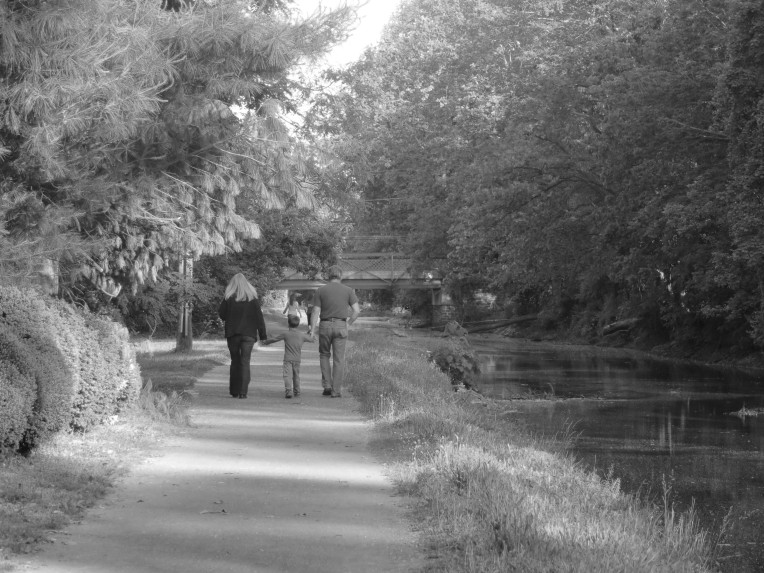 for couples to paddle down the canal in a canoe,

and for young boys to turn the fallen trees into a jungle gym.

I wonder if their parents knew what they were up to. 🙂

My favorite blue heron was resting on a rock in a place I’d never seen it before. The picture turned out to be sort of a “Where’s Waldo” kind of shot, but since I laid down on my stomach across the dirt path and got busted by the couple in the canoe while doing so, it’s a “must share.” 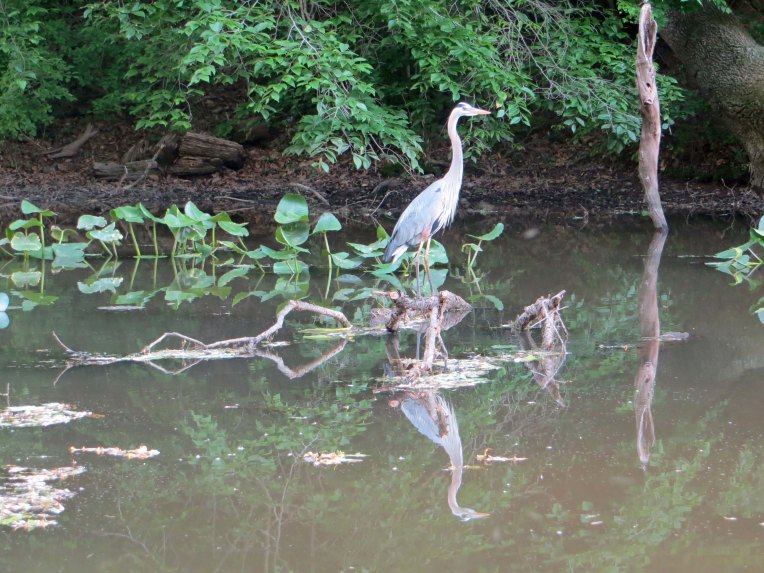 and another against a backdrop of yellow wildflowers and wavy green leaves. 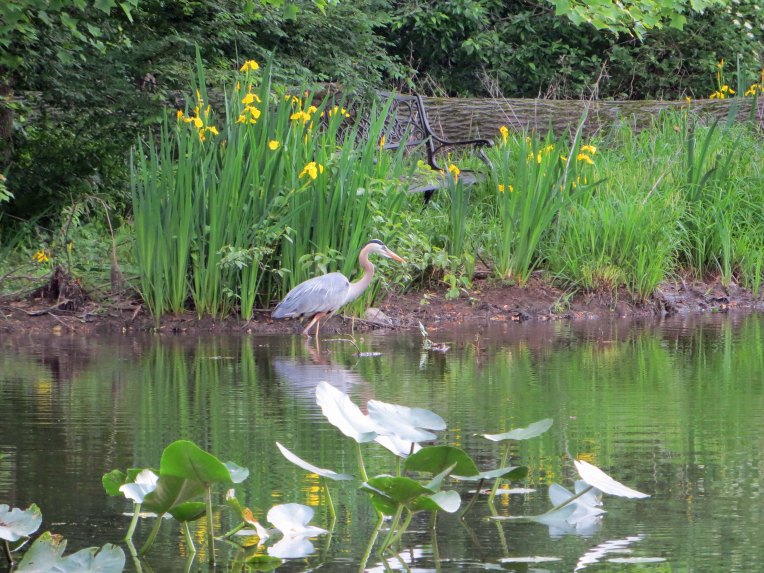 It was a beautiful day for both exercise and creativity. Thank goodness I brought my camera along or I would have missed an amazing opportunity to share the awesome sights along the canal.

I can’t believe I was lucky enough to capture pictures of a deer, a bumble bee, more than a few geese, and the blue heron all on the same day. The only animal that was too fast for me was a turtle. It turns out they can cross the path and dive into the canal a whole lot faster than people give them credit for.

Oh well, even if I didn’t catch him it caused me to stop and notice the unique beauty of the yellow water lilies that add life to the water. 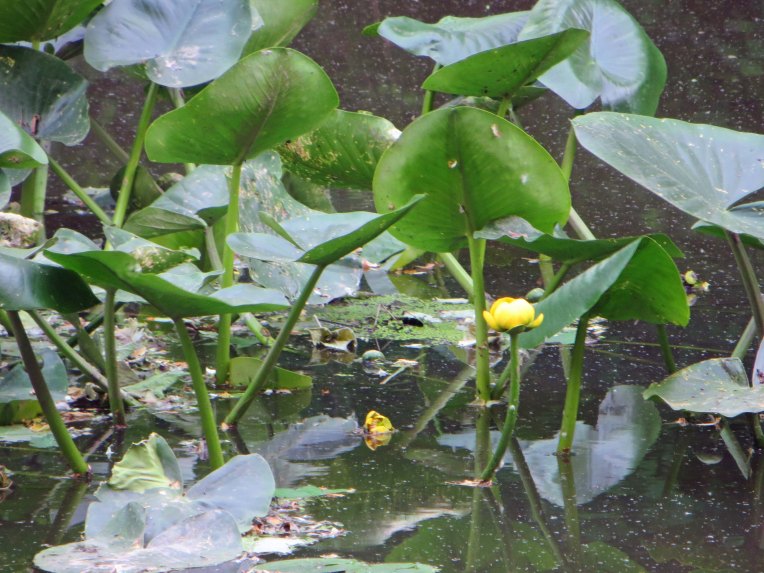 Thank you for joining me on my adventure along the Delaware Canal.

4 thoughts on “It’s a Beautiful Day in the Neighborhood”